Also known as the Short 330, this aircraft is powered by two Pratt & Whitney Canada PT6A-45-R turboprop engines that produce 1,198 hp each. With a service ceiling of 20,000 ft, this aircraft has a maximum takeoff weight of 22,899 lbs. This qualifies the Sherpa as a STOL aircraft. The Short C-23 Sherpa is known for being a light military transport aircraft, designed to operate efficiently, even under the most burdensome conditions, in a wide range of mission configurations. In the past, this aircraft was widely used to support surveillance, military, and skydiving missions for not only civilian use but also for special operations and military organizations. It has the ability to execute missions with faster, higher-altitude, and longer-distance coverage than helicopters while keeping operating costs low.

Skydiving From The Short C-23 Sherpa

Even though the C-23 Sherpa has acquired less than complimentary names like “boxcar with wings” and “flying Winnebago”, it is still among skydivers’ favorite aircraft to leap from. It is equipped with a hydraulically-actuated, rear cargo ramp. The aircraft can carry up to 23 skydivers, making it an ideal aircraft for formation jumps!

Implementing the braced-wing and boxy-fuselage configuration offers more ease of maintenance and serviceability for the C-23. Even though the aircraft is not as aesthetically pleasing as others, it has filled an important niche in military and civilian aviation. There are many details involved when looking to lease an aircraft like the Short C-23 Sherpa. Leasing with Flex Air Charters offers the ability to test out new aircraft without making actual financial commitments. Our experts are readily available to walk you through the process. Whether you are a lessor or lessee, we have the solution for you!

Dry leases supply aircraft to certified operators and lessees without the extras. The crew, the staff, supporting equipment, maintenance programs, and insurance plans are obtained and managed by the lessees. Dry leases are utilized mostly by companies and banks. Leasing a Short C-23 Sherpa requires the lessee to obtain an Air Operators Certificate (AOC) and registration for the aircraft. The owner will hand over possession of the aircraft to the lessee and will have no operational control over the aircraft.

Wet leases do not require the transfer of possession of the C-23. The lessor will provide the aircraft with a complete crew, maintenance plan, and insurance. However, the lessee will cover the hours of operation, fuel costs, airport fees, taxes, and other necessary expenditures. Wet leases allow for more flexibility with the lease term. Usually, these leasing contracts last anywhere from a month to two years.

Contact us to lease a Short C-23 Sherpa today!

Flex Air Charters makes aircraft leasing look easy. We are the first step in the journey toward overall increased efficiency. Call any one of our industry experts and we will answer all of your questions regarding the nuances of our C-23 leasing opportunity.

If you don’t have time to call, just fill out the quick contact form. You can expect a response within 24 hours. Our team of experts is both knowledgeable and helpful with regard to the aviation industry at large. In an age where modern convenience is determined by speed and efficiency, find yourself at the top of that tier with a Short C-23 Sherpa lease, facilitated only by the best, Flex Air Charters! 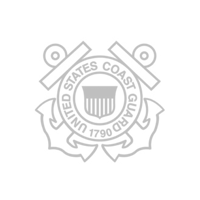