The Bombardier DHC-8-400 belongs to the Bombardier Dash 8 or Q Series of twin-engine, medium-range, turboprop airliners that were introduced by de Havilland Canada (DHC) in 1984. They are currently produced by Bombardier Aerospace. The Series 400, which includes the Bombardier DHC-8-400, features a longer airframe and has a capacity for up to 90 passengers. The Series 400 uses Pratt & Whitney Canada PW150A engines rated at 4,850 shp and has a cruise speed of 360 knots, which is 60–90 higher than its predecessors. The maximum operating altitude is 25,000 feet for the standard version, although there is a version with drop-down oxygen masks that increases the maximum operating altitude to 27,000 feet.

The Benefits of the Bombardier DHC-8-400

ACMI leases are also well-suited for startups, new route studies, seasonal or unanticipated increases in demand. Leasing contracts between airlines facilitate the aircraft, crew, maintenance, and insurance, while the lessee covers the hours of operation, fuel and airport costs, overflight charges, duties, and taxes. Flex Air Charters has several ‘turn-key’ solutions that afford individual solutions for lessors and lessees. Leasing agents can provide a specific appraisal of routes and positions, as well as the aircraft after preliminary inquiries.

Dry leases, preferred by leasing companies and banks, supply aircraft to lessees or certified charter operators without a crew, ground staff, supporting equipment, maintenance programs or insurance plans. The lessee must have an Air Operators Certificate (AOC) and registration for the aircraft, while the owner hands over possession of the aircraft to the lessee and relinquishes operational control of the aircraft.

Wet leases do not necessitate ownership of the Bombardier DHC-8-400 to be reassigned and provide the lessee with a full crew or cockpit crew, maintenance, and insurance. Wet leases can be extended from one month to two years. 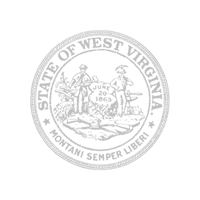