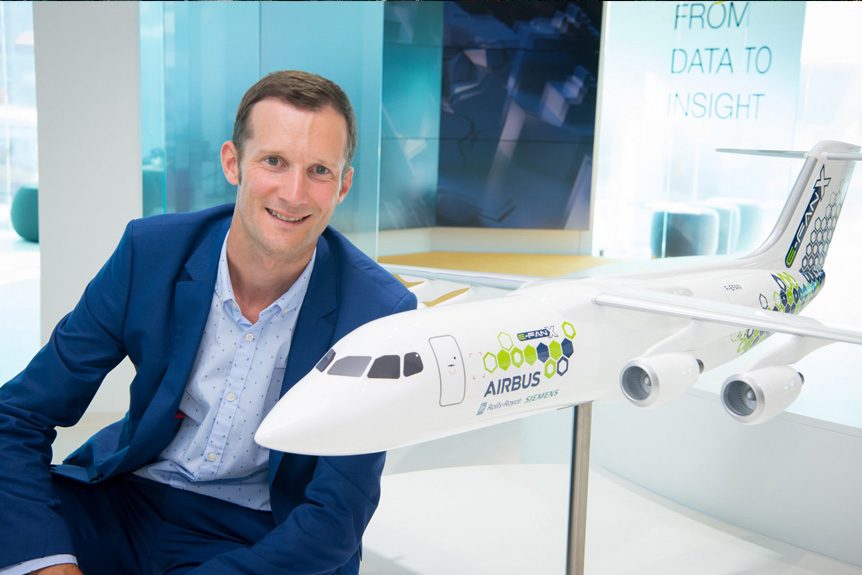 According to the International Air Transport Association, air transport is responsible for two percent of man-made, global CO2 emissions, which equals 947 million tons of CO2. This number will only increase as the number of air passengers reaches an estimated 7.8 billion by 2036. This is where electric aviation comes into play.

This reality makes it necessary for aviation to become sustainable. Even though many carriers are increasing efficiency and offsetting emissions, the industry needs to progress from carbon-based fuels like gasoline to cleaner, renewable energy sources. In 2016, the ground-breaking Solar Impulse plane traveled 24,855 miles around the world powered only by solar energy. The jet, however, only carried two pilots, yet it showed promise.

Electric planes afford efficiency since they are estimated to be 10% more efficient than traditional planes and entirely emission-free. They are also much quieter than conventional aircraft, allowing them to operate near residential and business areas. Electric aircraft can also take off and land on fairly short runways or even vertically, meaning they can be used in cities, where ground transportation creates congestion, and they can also easily reach remote areas.

So, what is holding up electric aircraft? Electric batteries store 40 times less energy per unit of weight than jet fuel, meaning they are not powerful enough to propel commercial jets. New battery chemistry would be needed to make electric planes viable.

Despite the odds, several projects are underway to develop electric aviation planes:

Wright Electric, a US startup, is developing an all-electric powered airliner that can fly up to 335 miles, covering short-haul routes like London to Paris or New York to Boston, and can carry up to 186 passengers. Wright Electric recently partnered with EasyJet, since its electric planes could cover a fifth of the airline’s current flight routes. They expect to have an electric aviation plane in the air in the next 20 years.

Israeli startup Eviation is working on the Alice Commuter, an electric plane that can carry nine passengers up to 650 miles at a cruising speed of 240 knots. The Alice Commuter uses airframe design and the latest lithium-ion battery technology to exceed the 400Wh/kg mark and lift 65% of the aircraft’s weight. The Alice Commuter is expected to debut in 2021.

Alpha Electro II, a two-seater electric aircraft powered by a special lithium-polymer battery with an energy density of around 175Wh/kg, is aiming to cover all Norwegian short-haul flights by 2040.

E-Genius, a fully electric-powered airplane developed at the University of Stuttgart, can fly 250 miles with two crew members at 142 miles per hour.

Airbus has joined Siemens and Rolls-Royce to create the E-Fan X, an electric plane range. The prototype E-Fan crossed the English Channel in 2015, powered solely by electricity. It hopes to take flight in 2020 for short-haul commercial flights. The plane uses a gas turbine to power an electric generator, which makes it a hybrid-electric plane.

Vahana and CityAirbus are being developed by Airbus. The Vahana is an unmanned electrical aircraft that can land and take-off vertically and carry passengers and cargo within a city. The plane was successfully tested in February 2018. The CityAirbus is also self-piloted and can carry four people. The CityAirbus will be tested in 2018.

Boeing is working with JetBlue Technology Ventures on the Zunum Aero, a hybrid-electric aircraft that can carry 12 passengers, with a range of 700 miles. It is being designed to transition to full electrical power once a more powerful battery is developed.

The NASA X-57 Maxwell is an experimental electric plane with 14 electrical motors integrated into a wing. It had its first test flight in 2017 and is set to fly properly in 2018.

The Pipistrel Alpha Electro uses a 60-kilowatt electric engine made by Siemens and can remain airborne for an hour. The company is in discussions with Uber about using the aircraft in cities since it has vertical take-off and landing capabilities.

The future of electric aviation looks bright, though further developments may surprise us and we may all be flying in electric aircraft sooner than later.